An Interview with Small Sur

And a song from the Baltimore alt-folk band who's first album, We Live in Houses Made of Wood, was released back in August. 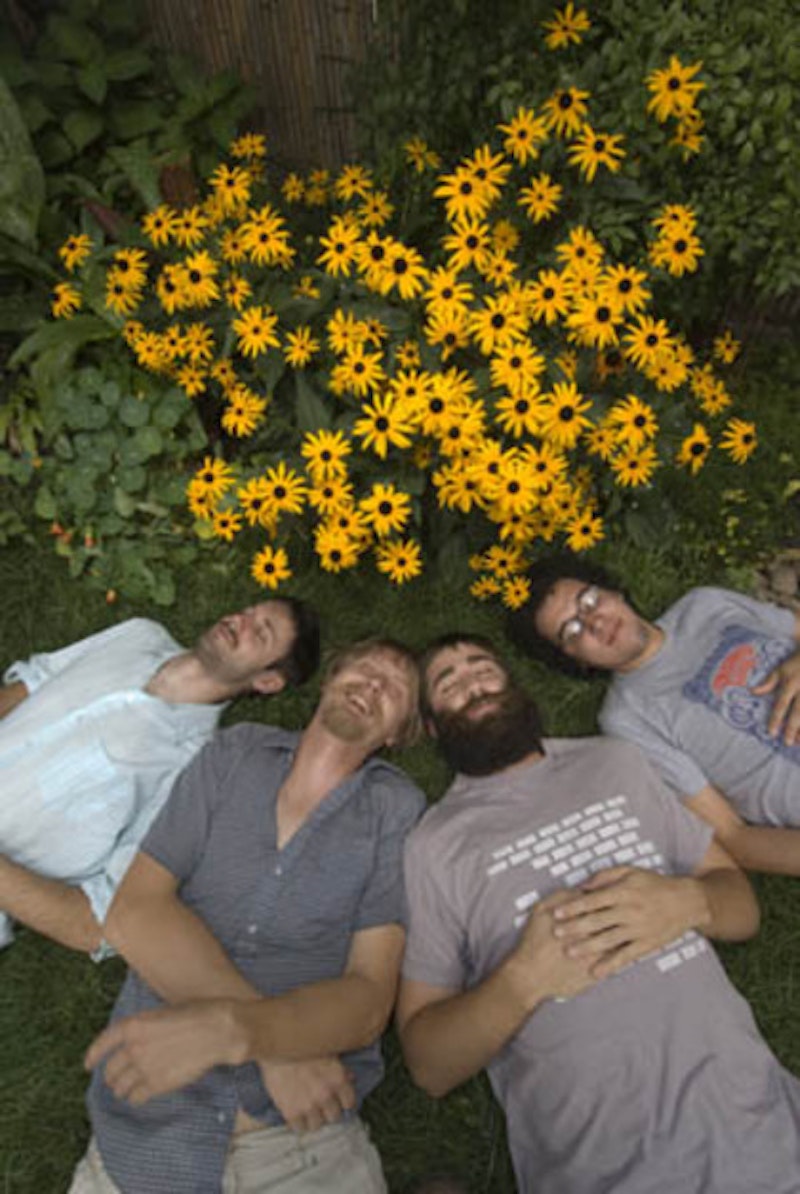 Aural States has a nice interview up with Small Sur, who play with Horse Feathers (Kill Rock Stars) this Wednesday night at the Metro Gallery in Baltimore. They also offer up a previously unreleased track, "Weeds." Truly excellent stuff.

AS: Who embodies what you would like your music to become, if there is any such person or artist?BK: More than anything, modern musicians I enjoy…Will Oldham has influenced it in the past few years.  More recently Akron Family, and drones and repetitive structures.  Just setting up a path for a song and not falling off it; it just repeats.  Maybe Asa Osborne from Lungfish, some of his side projects like the Pupils, inspires some of that.  I really enjoy how it’s meditative and repetitive, yet enough change so that it’s not boring.  That’s the idea for our music: there’re not going to be crazy changes, but there will be enough change that it’s just on the other side of boring.