The Time That Saturday Night Live Explained Being Alive 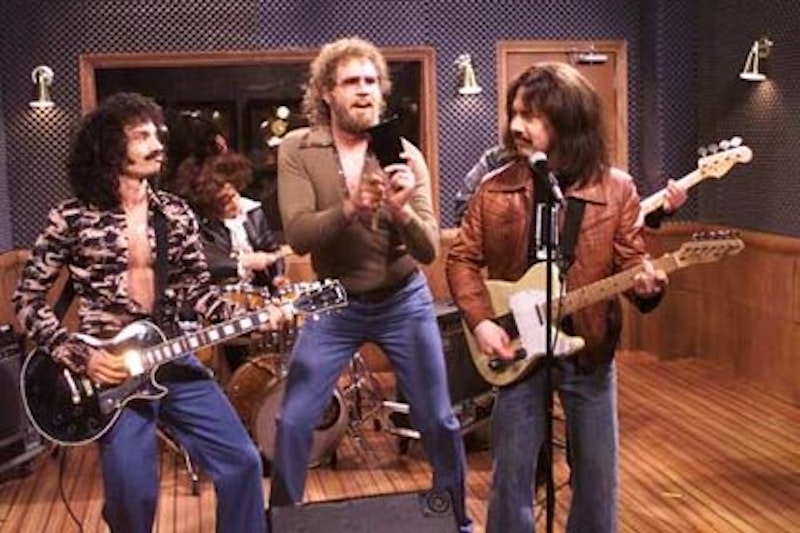 When you're old enough and have wasted enough time, you can look at a sketch on Saturday Night Live and realize something about life. The show has been on so long it has the same lifetime as a human entering middle age. That's immense in program years, and eventually the show had to produce a sketch that explained existence, existence as we lead it, the unstated ground rules at the bottom of every second we spend. That sketch is “More Cowbell,” and it's highly typical of SNL but also unique.

The big-time producer wants more cowbell and Gene is blowing it. Except that Gene (he's Will Ferrell, of course) has been providing plenty of cowbell. He held back on the last take because the group was fed up with him banging away at the thing while wobbling his big stomach around the studio. Now the conflict comes to a head and everybody's shouting, and what they have to say would make perfect sense if only Walken had said the opposite of what he actually did say. Nobody notices this.

That's the twist, that little mismatch between what the producer says and what the band says in response, and the fact that this mismatch matters to nobody in the sketch. The twist is so small that it seems hardly worth noticing, especially amid all that noise. But it gives us the joke's premise. “More Cowbell” isn't a sketch about a couple of guys liking cowbell way too much while a long-suffering band puts up with them. It looks like such a sketch, and SNL has cranked out a thousand or so along those lines. Some would even have the long-suffering character state for the record exactly how the wacky characters were being wacky. (A moment from the 1980s: “None of you can speak Spanish and you're all saying Neek-ah-rawg­-wa and El Salv-ah-dore.”) But “More Cowbell” is not really one of those sketches. It's a sketch about not listening, and none of the characters is going to say so because none of them get it.

“More Cowbell” is about living your life with no idea what's going on outside your head. People charge forward, mistaking their private dramas for reality and wondering why they keep colliding with the private dramas being conducted around them. They consider this shambles—this charging about and bumping into—to be existence, and some of them can be quite happy with how it plays out. But step back and the melee looks awfully quaint. “And, Bobby, you are right,” Gene says, breathing hard. “I am being selfish. But the last time I checked, this band didn't have a whole lot of songs that featured the cowbell. And I'd be doing myself a disservice, and every member of this band, if I didn't perform the hell out of it.”

The sketch with an unstated premise also has another SNL rarity, a perfect punchline. Ferrell bangs away, his shirt growing ever smaller, and the camera closes in on him. He's captured in freeze frame, with this legend: “In Memoriam: Gene Frenkle, 1950-2000.” To remember the man, the band remembers this triumph of his. The battle was a peak moment for all of them, a crisis when heart-deep feelings poured forth and they wrestled greatness into the room. They laid down “Don't Fear the Reaper,” with cowbell.