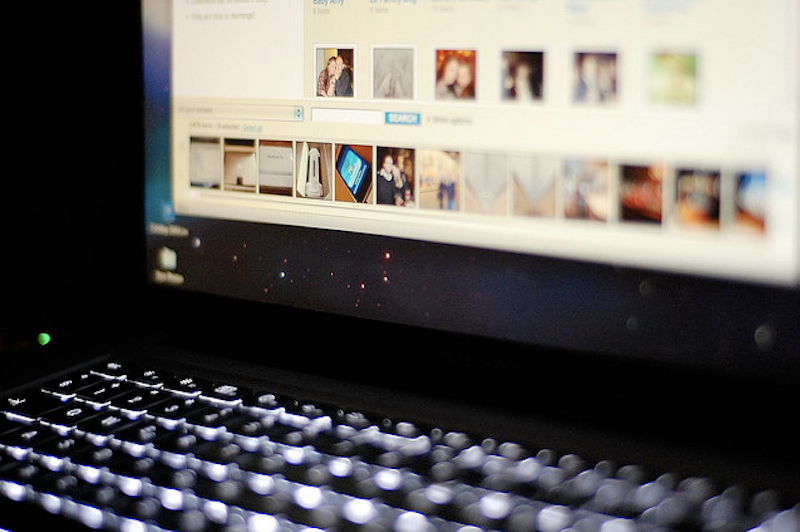 In Milan and Paris this past week, editors, photographers, designers and models gathered for the men’s Spring/Summer 2012 collections. Miuccia Prada proffered playful interpretations of Americana golfing aesthetics; Donatella Versace returned to the house’s heyday of bright colors and busy curlicues during Gianni’s reign; for the Jil Sander show, Raf Simons favored snakeskin and a more somber color palette, deviating from his proclivity for bold hues and color-blocking of past seasons; and Dries Van Noten played with proportions, layering and technical details.

While all this is happening, I’ve been sitting by my computer waiting for the shows to pop up on the web minutes after the last model leaves the stage and the designer gives his obligatory wave and bow. Some sneer at this practice. The Internet’s culture of instantaneous information is perhaps most evident in the fashion industry. Editors post live coverage from the shows on their blogs, and models tweet pics of backstage chaos. I’ve been most piqued by the images of style photographer Tommy Ton, who has captured candid moments of sartorial displays on the European streets outside the shows. It’s not just the “everyday” fashions of the subjects in the pictures, but also the documentation of summer abroad—sun-drenched cobblestone streets, stuccoed façades, and healthy green trees—that has me revisiting the slideshow of images.

The immediacy of the men’s wear Spring/Summer shows on the web exposes my latent curiosity of a summer vacation. I have many friends boarding airplanes and heading to more summery locales. Barcelona, Paris, Florence, Miami, Los Angeles, and the Caribbean, all are considered escapes from the stiflingly humid New York.

Just the other day, my friend returned from a trip to Miami with bronzed skin and a camera full of photos from her vacation, most of which will not incite fresh excitement from her peers. Nowadays, like this friend and her Miami trip, most people would have already posted a photo of themselves clad in bikinis, sipping mojitos and local beers on Facebook before their return trip home. What does technology do to our summer experiences? The development of communication technologies is mapping out a different geography of the world—one in which we can experience on our computer screens intimate moments of our friend’s’ summer travels as they happen.

In describing the cultural phenomenon of telephony, technology philosopher Don Ihde introduces the idea of embodiment relations—that something like the telephone becomes an extension of one’s self. As with eyeglasses, a foreign object resting on the bridge of your nose that goes unnoticed, the telephone is used repeatedly to the point that the user becomes unaware of its presence. Of course mobile phones have brought that phenomenon to an extreme reality, but with the advancements in camera phones, what is happening? We have embodied a gadget to the point that it acts as an extension of our voice, our sight, and our experience.

Tommy Ton’s street photography during men’s fashion week transports me to the European streets. With the close-up shots of passersby in motion and emphasized details of both urban spaces and personal style, it’s as if I’m in the middle of the crowd, an indirect flaneur of sorts. Likewise, when traveling becomes tethered to the digital realm, those sitting at home with the glow of their computer screens shining on their faces can experience a vicarious (virtual) vacation from their friends actually there.