College drinking games have served for years as hollow social devices so that strangers can get drunk together, but video game developer JV Games has decided that frat bros across the country don't need all that "social" crap. Coming soon to a Nintendo Wii near you: virtual beer pong. (Beer not included.) 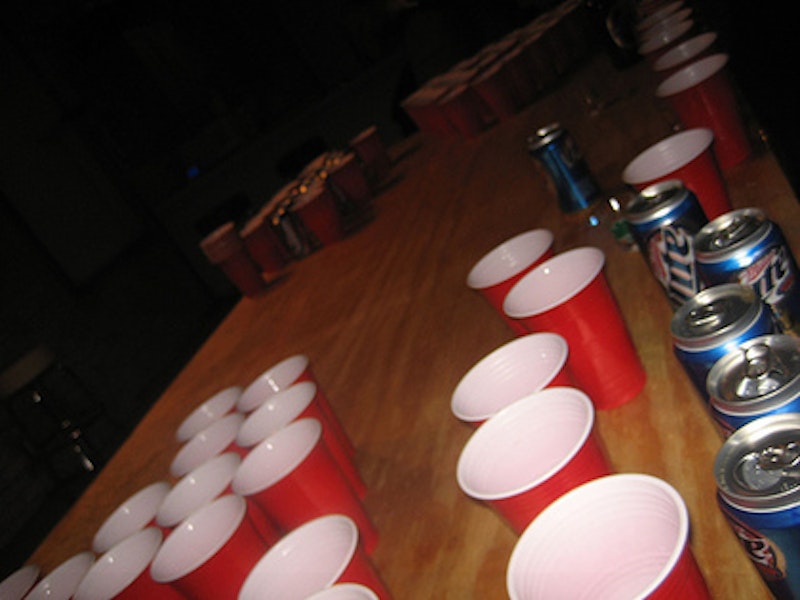 Next week, JV Games is scheduled to release "Pong Toss," a game simulating the popular drinking game beer pong, on the Wii, a move that has multiple groups concerned.

"What our main goal is for the frat party franchise is to create very simple and competitive games," Jaeger said. "The college-style games that we enjoyed so much, they fit into our goal models so perfectly."

"I had a little bit of faith in the Wii," she said. "Now that they have Wii beer pong, it seems like kind of a waste of effort."