It's Not Just Yours To Take

On the ethics of music piracy. 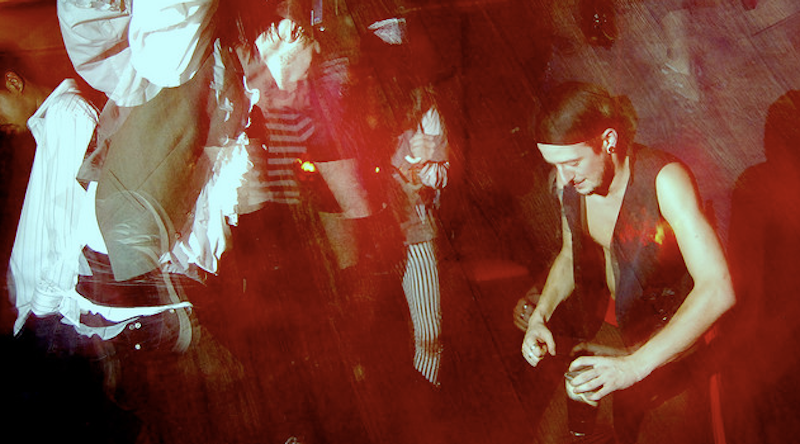 Getting an account on a music torrent site, particularly an invite-only one, is probably one of the great liberating experiences of a young Millennial’s adolescence. Free from the shackles of a decomposing radio and the Wal-Mart Supercenter’s CD selection, the budding youth may now express himself fully, through gigabytes and gigabytes of mp3s, FLACs, and WAVs, curated to project a personality, or disposition. But one or two will never be enough: the youth must never interrupt the thick, golden stream of free, high quality digital music, lest he lose his sense of balance and orientation. How else will he create an identity for himself?

The feeling of having access to a practically bottomless supply of new and old music is amazing. I got an account on OiNK, the invite-only tracker that got shut down in 2007, around six years ago, and was blissed out for weeks. But I never deluded myself that what I was doing wasn’t wrong, or even somehow right. I still bought CD’s and records, but downloaded far more, sometimes to test an album I was unsure about, but mostly out of laziness, greediness, and insufficient funds. There are things you do to offset it in your mind, like buying what you download, going to shows and buying merch. But the reality is most people don’t do that. Being an active consumer and discerning listener of music does not excuse one from paying for what they listen to.

I’m sick of this entitled attitude that musicians and listeners are adopting, that music is somehow “owed” to the people, to some greater good. The power dynamics are now inverted in the music industry, and the listener is screwing the bands and labels that feed them. The self-righteousness of some of these people is mind-blowing: “Music is a right. Artists need to realize what they do isn’t a job, it’s creative expression.” Horseshit. Music itself is a right to everyone—specific recorded pieces of music are not owed to anyone who can’t or isn’t willing to pay, to compensate the artist for time, effort, money, and resources. How is a musician any different than a clothier, or a cook, providing a good with a fair price?

Obviously things were just as unfair before, with avaricious record conglomerates fleecing people with dolled-up reissues, re-masters, and filler around a hit single or two. But to say that records—every record known to man—is somehow an entitlement of being a self-proclaimed “huge music fan” or an active listener, is ludicrous. It’s amazing how much some listeners expect for so little in return. They’re not making albums, they’re not putting the time in or taking the risk that making music entails. They’re guided along blindly by blog press releases and reassurances from other leeches, and in their minds this is the way things should be. It’s all mental gymnastics to justify something impossible: that musicians and artists owe it to everyone to provide the art they worked on for free, for some zit’s vague idea of communal music cloud lifestyle, so that he can be the coolest cat on the playground. I keep an account on an OiNK-successor, because it’s true that the consumer is still ripped off through superfluous deluxe editions and botched, clipped re-masters. But to entertain this notion that an album is owed to anyone who doesn’t want to pay, out some common purpose, is insane.