The nationalistic slogan, “Buy American," just might be less American than it appears. 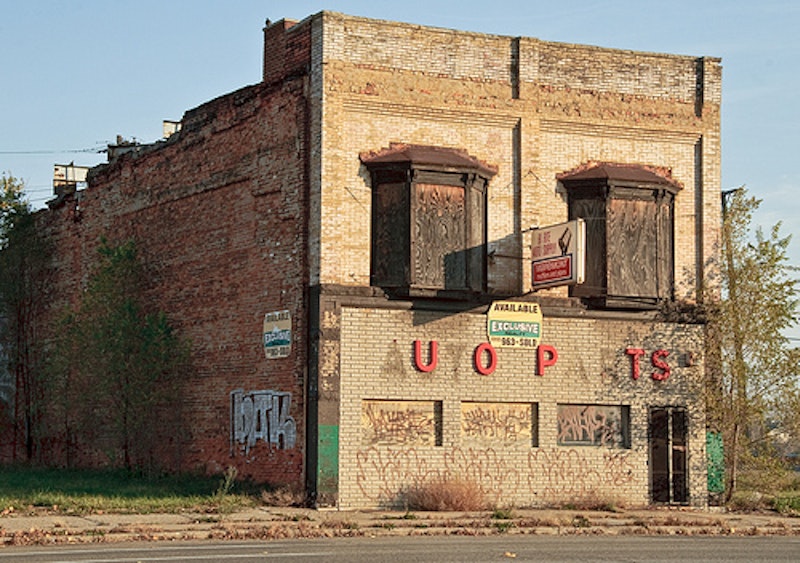 There’s a shiny, low-mileage 2009 Toyota Corolla parked in the underground garage slot. The steering wheel hasn’t fallen off, the accelerator pedal hasn’t stuck or sped out of control and the brakes work just fine.

From there it was loaded onto a car transit carrier by American workers and driven by a Teamster union member to its Baltimore area dealership destination where it was unloaded by the Teamster and driven to a sales lot by a dealership employee, paid and taxed in American dollars.

The Toyota dealership where the car was purchased is as American as greenbacks. The salesman who touted the car as the most popular in the world displayed a bit of a Baltimore twang and collected a Baltimore area paycheck as well as performance commissions. Ditto the garage jockey who prepped and polished the car and readied it for the transfer to the new owner. So, too, are the folks who schedule the car for maintenance, change the oil and rotate the tires, all Americans and Baltimoreans. The titling taxes and registration fees came to nearly $1200, which were paid to the state of Maryland to help finance transportation projects.

At the end of the money chain, everybody benefited, especially America. The ultimate profits, whatever they were, went to a Japanese company which may have used its proceeds to purchase U. S. Treasury bonds which help keep America’s economy afloat while it is mired in deficit and debt. Japan is now the world’s largest holder of U. S. bonds and debt, outpacing China, Germany and the United Kingdom. The national debt, as every student of human motivation knows, is now headed for $14.2 trillion. And here it is necessary to partly alphabetize the size of the debt because how many zeros there are in a trillion is incomprehensible, kind of like how many numbers there are in “pi.”

So the nationalistic slogan, “Buy American,” by jingo, just might be less American than it appears. In one of those toothsome twists, buying foreign may be the best way to go for anyone who wants to display patriotism by helping to prop up the American economy. A new foreign car is an installment payment on the national debt, whose interest is now the largest expenditure in the nation’s budget.

But the rub for some members of Congress during their hearings may have been that Toyota plants in America are in right-to-work states such as Georgia and Kentucky where unions are anathema and wages are sub-par according to United Auto Workers’ standards, about half of what the total compensation package is in Detroit and its satellite manufacturing states and cities. This argument was at the heart of the debate over the auto industry bailout, which protectionist Southern senators attempted to block as union-busting techniques to protect foreign auto investments in their states. But these days a job is a job.

Here it is important to note that America cannot let happen to Toyota, or BMW, or Mercedes-Benz, or Volvo, or even a turbocharged Zamboni, for that matter, what Ralph Nader did to Corvair or what all of those anonymous complaints did to Audi for what was pretty much the same acceleration complaint that is being waged against Toyota. The difference is that Toyota admitted it, Audi denied it. The Corvair incident, which was a result of Nader’s seminal book, Unsafe at Any Speed, occurred more than 50 years ago in a totally different economy; before NAFTA, GATT and the more than 300 other international trade agreements rendered the world’s major economies fungible and inter-dependent. America buys the world’s cars, and the world buys America’s worthless sub-prime mortgages in the camouflaged form of derivatives and default swaps. (For those still in puberty, the Corvair was a General Motors’ rear-engine compact car designed to compete in the 1960s with small European imports such as Fiat. Nader destroyed the brand by raising safety issues.)

It is not the function of global economics, however, to trivialize the reported deaths of the 34 people that have been attributed to the run-away Toyotas because of malfunctioning accelerators. Nor should America’s banking relationship with Japan be an excuse for letting Toyota off the hook. Toyota appears to have accepted responsibility.

“All the Toyota vehicles bear my name,” Akio Toyoda, grandson of the auto firm’s founder and its current president, told a Congressional committee looking into the alleged defects. “When the cars are damaged, it is though I am, as well.” Continuing, Toyoda said: “I am deeply sorry for any accidents Toyota drivers have experienced. I sincerely regret accidents.” Such humility and contrition would never be forthcoming from Detroit, even at the height of the bailout, which was forced upon taxpayers largely by auto industry mismanagement.

And now for a mystery greater than why Toyota accelerators are sticking: Why is the car spelled Toyota and the man spelled Toyoda? Hear this from The Washington Post: When the company was started by his grandfather, it was indeed called Tokyo Toyoda Motor Sales—until 1936 when a brush stroke changed it to Toyota.

Writing “Toyoda” in Japanese requires 10 brush strokes, John R. Malott, president of the Japan-America Society of Washington, DC, told the Post. But writing “Toyota” requires eight. While “8” is considered an auspicious number, “10” is not, said Malott. “Ten” consists of two strokes crossed against each other and resembles the “plus” symbol, or even a crossroads or an uncertain path. Not a good omen for a company. “It’s a very Japanese way of thinking,” Malott told the Post.

Phooey, says Chie Tamaki, a Japanese language expert at Rosetta Stone, in Northern Virginia. Toyoda consists of two characters, one meaning fertile and the other, rice paddy. Toyoda, Tamaki told the Post, is a very common name in Japan, kind of like Smith or Jones in America. But according to company history, the name was changed because it “sounded better.” Got that?

Now, how about fixing those acceleration and braking problems before the tort lawyers get in on the action and destroy a brand and a company that is one of America’s lifelines to economic survival and an employer of thousands.