From the waterfront to a Baltimore apartment. 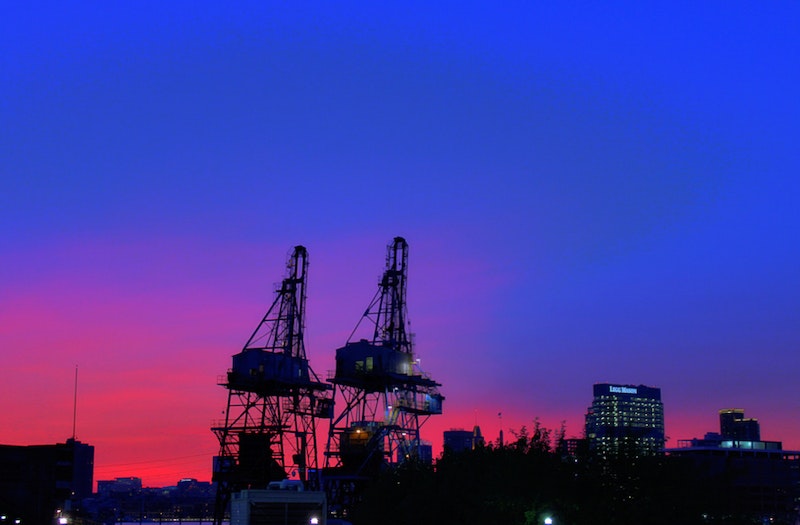 I moved to Baltimore City about a week ago. My historic apartment has high ceilings and a bay window, and I live less than a block from good restaurants and the college I’ll be attending. It’s a great situation, but after living alone on a three-mile island for a few years, the transition hasn’t been easy. When my boyfriend and I first began looking at apartments there was a feeling of anxiety and dread when making eye contact with strangers in the city. Though I joke about it often, I’ve never been anti-social. After living on the island and seeing a maximum of 10 people a day, my ability to socialize has been dulled.

I loved living on the water, able to fish, kayak or sail any time I wanted to. I hardly worked during the off-seasons and spent winters reading, listening to records, writing and chopping wood for the fireplace that heated the tiny house. Directly on the water, I seldom left the house. It was lonely and the methods I used to occupy myself were often problematic. Many of the people who spent their lives there ended up drug addicts or alcoholics, all of them bored to madness. I made friends with some and was saddened by their stories of childhood abuse and histories of addiction. The poverty rate was astoundingly high on the Bay. Nonetheless, they found happiness in the serenity of the Chesapeake, as did I. I miss bringing up sails and quietly watching the osprey feed their young, but a few local young men there had taken to harassing and following me to the extent that police had to be involved. After that, the island lost most of its allure.

I like Baltimore as long as I can escape to Patapsco Park or Catoctin on occasion to go for a hike. The most prominent wildlife in the city is the overgrown rats that also enjoy the proximity to good restaurants. Instead of bird watching my boyfriend and I sit by our huge window and play “Hipster or Homeless,” a game in which we determine whether our bearded Mount Vernon neighbors are ironically poorly-dressed or actually homeless. In regards to the mass amount of people, I’ve found that listening to music while I walk helps me relax and feel less claustrophobic. Every day my social anxiety recedes a bit. I’m glad I left my island before I met the same fate as so many of the locals there. I’ll find my way in Baltimore, plus I’d rather scrounge to pay high electric bills than stand in the below-freezing wind chill chopping frozen logs.