How To Shake Writers Block and Create an Internet Sensation

The author shares the inspiration behind Babes of NPR. 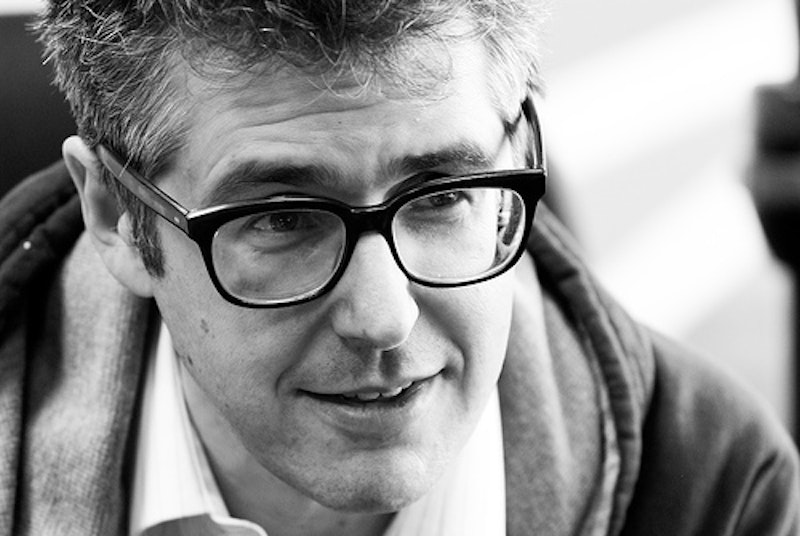 I haven't been writing lately and there are reasons for this, mostly because writing is a pain in the ass. There are things I dislike more—for instance, public laundromats and the self-flushing toilets at Whole Foods—but writing is there with them on the list of my least favorite activities. And yet, even though I’d happily go months writing nothing longer than a grocery list, when I have to turn to the person beside me in yoga class and introduce myself, I always say that I’m a writer. I do this because I think it makes me sound like I have a rich inner life, when all I really have is a lot of TV to watch and some unfinished essays waiting for someone else to pick them up. The most literary thing about me is that I’m poor.

Some people say they must write; they feel incomplete without it. I hate those people. To me, writing is like walking very slowly on a treadmill. After a thousand steps, you smell bad, you’re tired, and you’re right where you started; as soon as you finish one sentence, you have to start the next. Even my motivation for writing is problematic: I do it for the attention. Everything I write beyond to-do lists and my own signature is meant for an audience of some sort. It’s always been like this: when I was a kid, I didn't keep a diary to record my thoughts; I did it so someone would read it. The one time I felt truly excited about writing was in graduate school. I was a terrible student—I never purchased any textbooks and didn’t attend my own final presentation in one class—but every lecture was uninterrupted time to write. As long as I looked up every once in a while so my teachers thought I was listening, I could get 2000 words down in a single class. But now that graduate school is over and I spend all day working on other peoples’ terrible manuscripts, the last thing I want to do when I get home is pick up my own. So I watch TV instead.

These months of silence, however, have not been entirely without creative expression of a kind. Earlier this year, I started a Tumblr called Babes of NPR. The concept is simple: a picture of an NPR personality with a caption about who they are and how good they look. Example: Doualy Xaykaothao: Hard to spell, easy to look at. Coming up with captions is far easier than attending group therapy for recovering meth addicts in order to write a story that four people read including my sister, and only then because I told her she was in it. Even better than giving me an excuse not to write (I would finish that story about sleepwalking topless into my neighbor’s house but I have captions to do.), Babes of NPR has had a brief flirtation with Internet success. Granted, the amount of attention BONPR has received is small in the context of the Internet, where a Japanese cat named Maru has 100 million followers and is on the Prime Minister’s Christmas list, but it’s has gotten attention from exactly the audience I want: the babes of NPR themselves.

I launched the site in the beginning of February—and by “launched,” I mean I put up one picture of Ari Shapiro with the caption: White House Correspondent/gay/ Jewish/North Dakotan/babe, and then flooded Facebook with the news that I had just done something clever. It took more than a single picture of Mr. Shapiro (who is legitimately hot, not just public radio hot), but after a few more posts and Facebook blasts, NPR employees—the very people I was inviting the Internet to objectify—started noticing. A week in, I left my desk for a few minutes after my boss’ dog ate a box of frozen chicken nuggets and farted us all out of the office, and came back to an inbox full of emails. Hundreds of them. It turned out that the digital media producer at Fresh Air had tweeted about BONPR, and all of a sudden my audience went from the few people I badgered into looking at to actual strangers, who, I hoped, would tell their friends, who would tell their friends, who would tell their friends. I saw my inbox and shouted that I was going viral, which both confused the hell out of my co-workers and turned out not to be true.

My expectations from that very first spike in hits were huge, and continued to rise. I was interviewed by websites and newspapers, strangers found me on Facebook, and I got tons of submissions. It was exciting. When I got notifications that Audie Cornish, Peter Sagal, Ari Shapiro, or Mo Rocca mentioned BONPR on Twitter, I sent them to my parents. After Scott Simon re-tweeted me to 1.2 million people, Finally, I thought, I'm doing something my mom can tell her friends about. I started to get visions of turning BONPR into something culturally important. I would make a Babes of NPR calendar and donate the proceeds to public radio; no, a coffee table book! A heavy, expensive coffee table book with blurbs by Ira Glass and Alec Baldwin on the cover. Maybe after the coffee table book comes out I’d be on Wait Wait... Don’t Tell Me! Or, better yet, Fresh Air, discussing what it's like to be Internet famous with Terry Gross. I stared planning the forward to the coffee table book: about how, thanks to my parents’ politics and their radio, I was a baby of NPR; about how this book was my way of giving back to public radio, my way of thanking the people whose voices are, literally, more familiar than my own.

But beyond a few special moments—getting a shout-out from Peter Sagal on Wait Wait... Don’t Tell Me!, reading a write-up in the New York Observer ("Oddly funny, moderately creepy"), hearing Ira Glass' reaction ("Oh, this is just sad. Oh, look at this. Holy fuck."), and receiving a t-shirt in the mail from NPR headquarters—nothing much has happened. This is the nature of the Internet: something is big for five minutes and then we move on. With each new follower, with each new submission, with each notification that someone I listen to on the radio knows about my blog, I’ve became a little less excited. When Fiona Ritchie, whose accent my sister imitated for an entire summer when we were nine, started following me on Twitter, I didn’t even bother to tell my parents. After six weeks, 111 posts, 2439 Tumblr followers, 276 tweets, a Facebook page, and some BONPR tote bags I drew in Microsoft Paint, I’m not just not famous, I’m losing momentum. Enough people have submitted names that I no longer have to scour the NPR.org for babes, but it’s hard to think of new ways to call people attractive. It just feels like work now. Like writing.

At this point, I have no indication that Babes of NPR is ever going to be more than a website that a few people look at when they’re supposed to be making PowerPoints or reviewing manuscripts, but here’s the thing about the Internet—the potential for success may be small, but it is real. We saw this with Stuff White People Like and Shit My Dad Says and every momentary cultural phenomenon that started out online. It's hard to let go of the hope that even if I’ll never be Maru, maybe with a few more followers, a few more captions, a few more tweets from Scott Simon and Peter Sagal, that coffee table book will need a forward after all. And that is writing I look forward to.