Shaming as Viral Nothing

First there was slut shaming... 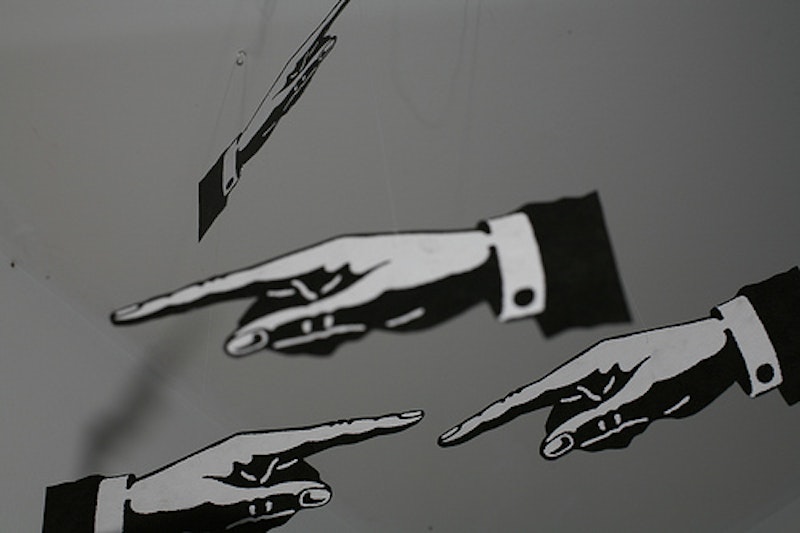 “Slut shaming” is defined by Urban Dictionary as “the phenomenon in which people degrade or mock a woman because she enjoys having sex, has sex a lot, or may even just be rumored to participate in sexual activity.” Confusingly, the word “slut” is the word used to reference the woman that has been chastened. Nonetheless, campaigns like SlutWalk and the Unslut Project have taken off to promote sexual freedom and fight for updated sex education in schools. Not long after the term was coined, many concluded that it was overused and had lost its meaning.

“Fat shaming,” the act of belittling someone because of his or her size, came next. There were two arguments made. One concluded that fat shaming was inherently wrong and that it’s inexcusable to mock an overweight person. The counter-argument was that fat shaming was believed to be an excuse made by overweight people to disregard comments about appearance or health. There was no middle ground, and some of the arguments were far fetched. In a Bustle article by Jodie Layne, it’s proposed that anyone who expresses happiness for losing weight, tells someone to stop putting themselves down because of their weight, or even compliments a pretty face is fat shaming. If a person unintentionally falls into the category of “fat-shamer,” they must apologize or else join the “80 percent of the world” who shamelessly shame. A bodybuilding site credits fat shaming for aiding in weight loss, and shuns the idea that posting images of lean bodies is demeaning.

Immediately after fat shaming came thin shaming, the same idea focused on the other end of the scale. Judges ruled that public shaming was fair punishment. After the size debacle, “shaming” went completely viral. By 2014, there was shoe-shaming, boob-shaming, Pokemon-shaming, perv-shaming, and music-shaming among others. Opinionated online comments were filtered for potential shaming. Doctors advising people to lose weight were accused of shaming. The idea that Millennials are over-sensitive solidified with every angry article, protest, and Tumblr post.

There’s a psychological phenomenon known as semantic satiation that occurs when a phrase loses meaning after being repeated until eventually the listener perceives it as meaningless sounds. Because of its incessant use, “shaming” is quickly becoming worthless noise.