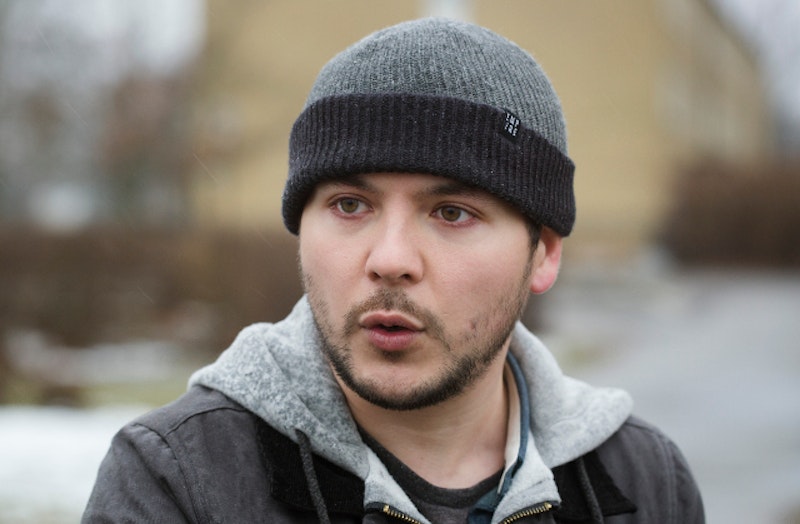 Sweden’s immigration situation became a hot topic since Donald Trump recently bungled a reference to it in Florida. It's hard to get the truth about the politicized situation without actually traveling to Sweden, but journalist Tim Pool is now reporting straight from that nation’s no-go zones and talking to a cross-section of Swedes about what's really going on.

Pool doesn't live in Washington D.C. and attend press conferences while developing inside-the-beltway sources. Reuters, MSNBC, and Al Jazeera English have carried his work. Pool goes straight to crisis spots like the Occupy Wall Street protests—where he was threatened and attacked—the Ferguson unrest, and the Milwaukee street protests last August. In Milwaukee, he reported on an 18-year-old man getting shot in the neck, which the MSM mostly ignored because it interfered with their “righteous BLM peaceful protest” narrative. When Pool realized that whites, there to show solidarity, had become specific targets of violence, he was forced to abandon his reporting.

Mälmo’s Rosengard section is a prominent “problem area,” in official lingo. Pool reports that Swedish officials don't refer to “no-go” zones. He took a tour of Rosengard with local socialist politician Nils Karlsson. Karlsson admitted there was a crime problem, but insisted it was due to poverty and had nothing to do with Sweden bringing in refugees. He explained Sweden's high reported rape rate as a function of a broad definition of the crime and the willingness to prosecute it, which brings victims forward. Karlsson also talked of Sweden’s moral obligation to take in refugees.

Pool and the politician strolled freely through the streets of Rosengard during daylight hours without incident. He stayed with a couple who resided there the same evening. The wife told him that she believed that, while immigrants were behind the crime spike, that the crimes didn't concern her because they happened within the refugee community. The couple didn't appear to feel much concern about living in the neighborhood with their young child.

Pool left Mälmo with the feeling that its dangers had been overhyped. He then headed to Stockholm to investigate a larger city, his main destination the notorious suburb of Rinkeby. That's where a Sixty Minutes crew was attacked when they went there last year. Accompanied by a Swedish journalist and Pool’s camera operator, he walked around the streets of Rinkeby during daylight hours, just as in Mälmo. His Swedish companion noted that whenever he visited the area, men populated the cafes—the women stayed away. It didn't take long for the police to advise them to leave. Men were putting on masks, and the cops told him that if they made an arrest that 50 more could appear rapidly and start throwing stones. Pool’s footage shows the police following them to their car and waiting for them to leave.

Swedish media looked at Pool’s Twitter timeline and took a statement from him. A police spokesman, not the police involved, denied they told the journalist to leave and that they gave him an escort to his vehicle. No matter how the media covers it, it was all captured on video. There's credible doubt now about both media and police honesty in public statements on incidents involving immigrants. Pool did an on-camera interview with an observer who said the Swedes put great trust in their media, with the exception of the refugee issue. Swedish police were caught covering up sex crimes committed by refugees at a music festival last year. The police statement on Pool’s Rinkeby incident casts further doubt on Swedish law enforcement's honesty on this issue.

It's clear that political correctness is enforced in Sweden. People self-censor as a result. The Swedish government has undertaken a social experiment, but it’s not even collecting stats they can use to analyze its results. The Swedish Parliament just recently turned down a bill that would analyze crime based on immigration status.

Sweden is one of the most liberal nations in the world. I don't think most Swedes even want to know the facts—at least not yet. Pool’s reporting is now causing discomfort in the Swedish halls of power. That's inevitable when you've successfully bottled up the truth and an interloper suddenly appears with a camera.

Tim Pool’s videos will go viral now, inside Sweden and abroad. They give a snapshot of a nation that's far from the Breitbart version. Still, his reports impart a sense of unease about the Swedes being better at cooperation and compassion than at facing reality or playing hardball when it's necessary. They leave the lingering impression of a kind, yet naive nation paving the road to a societal fracture. Trump highlighted Sweden in the global immigration debate. Americans are watching them now, probably hoping to confirm their biases.