The Pitfalls of Group Academic Projects 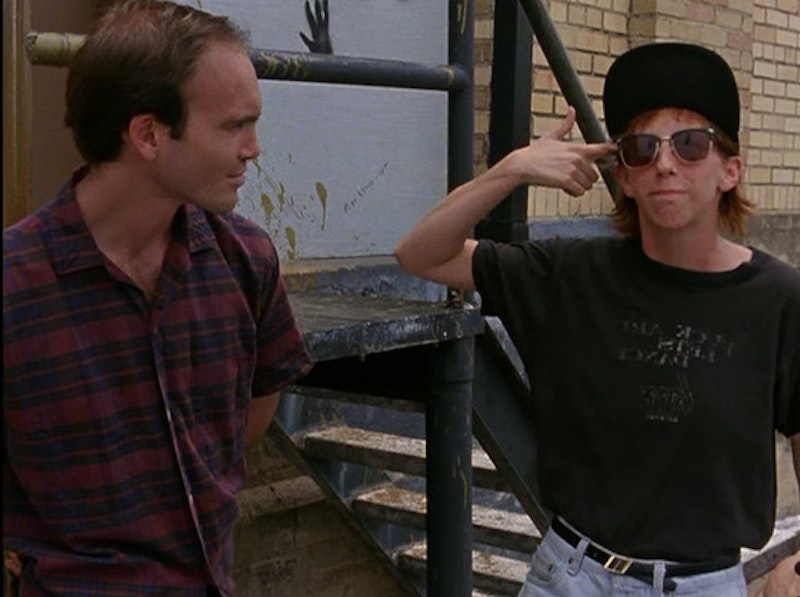 Group projects have always struck me as an unnecessary pain in the ass, a scheme created by teachers to slap a single grade on a few people at a time. My university has a spiel about how team experience will make us more attractive to potential employers. My response? Work for an employer that gives me an office where I work, independently.

This semester I’m taking a communications class that focuses on public speaking independently and in groups. A few weeks ago, we began a chapter about teamwork. The textbook highlighted the difference between mere groups and teams, which were superior in their dynamic communication skills and cohesiveness. It was silly. During the lecture, my professor handed out a sheet called "Working in Teams." We were to read each description and underline which behavior best described the roles we played in groups. Fine. My roles were all looking good; initiator, energizer, gatekeeper, until I got to “nonfunctional behaviors.” I had to pick one. Thankfully, I’m not a recognition seeker, nor a distractor. But then I saw it. “Dominator- monopolizing group interaction.” First of all, the word dominator was a weird choice. Who isn’t going to envision a whip-snapping Dominatrix clad in a tight leather getup waiting for you in a sex dungeon? Christ, I don’t want to chain these people to walls, but merely inspire them to contribute and turn their work in on time. “Monopolizing” is harsh, too.

There was a discussion after everyone was finished, and the professor confessed that she had a similar nonfunctional behavior to mine. This helped justify my own, as she’s a successful woman with a doctorate degree. I shrugged it off. Later in art class, I sat down with the group I’d just been assigned. My position was the editor, which I’d volunteered for. The group was soon distracted, talking about sports and their commutes, one of them texting. I reminded myself not to be a Dominator. Class was spent rallying each member to come up with a topic to write an outline on. I set a deadline for the next week.

That deadline was yesterday, and two out of my four team members brought something. As each person spoke, giving an excuse for why theirs was not done, I stayed silent. Never mind that my pet peeve is lateness. They’re all people, albeit lazy ones. My feigned smile grew wider and my eyes grew. I felt them beginning to dry up. There was one person left to speak. She lackadaisically looked up from her iPhone. “Uh, yeah. What is mine on?” She turned to the person next to her, who pulled out the printout I’d provided summarizing each of their topics. “The Reg-uh… Reg-ooh…” and that was it. Let every potential employer know of my nonfunctional behavior. “Your assignment is on the Reginald Lewis Museum. Reginald. It was due today.” She rolled her eyes. “Yeah, well, I hate art.” I stared at her. “If you used your iPhone to Google “The Reginald Lewis Museum” you would find that it’s not an art museum.” She blinked. “Oh.”

I realized that if I don’t monopolize this group’s interaction, nothing would get done. These people are relying on me to do their work, and unless they’d like to pay some of my rent, it’s not happening. If this is what teamwork is like in career situations, give me a solitary cubicle. Let me dominate every project I’m given and micromanage where every pen and pencil sits on my little desk.